The Financial Sector Conduct Authority (FSCA) published a draft Notice on the Levies of Financial Institutions on 6 June 2019 and invited interested parties to submit their comments by 21 June 2019. Masthead considered the impact of the proposed increases in levies on independent financial advisors and submitted comments to the FSCA. The FSCA has subsequently published its response to the comments received.

Subsequent to the consultation process, the FSCA has now issued Notice 384 of 2019 on the Levies of Financial Institutions. Authorised financial services providers (FSPs) are required to pay a levy to the FSCA to cover the cost of the FSCA’s supervision and a levy for funding the Office of the FAIS Ombud by 31 October of the levy year. 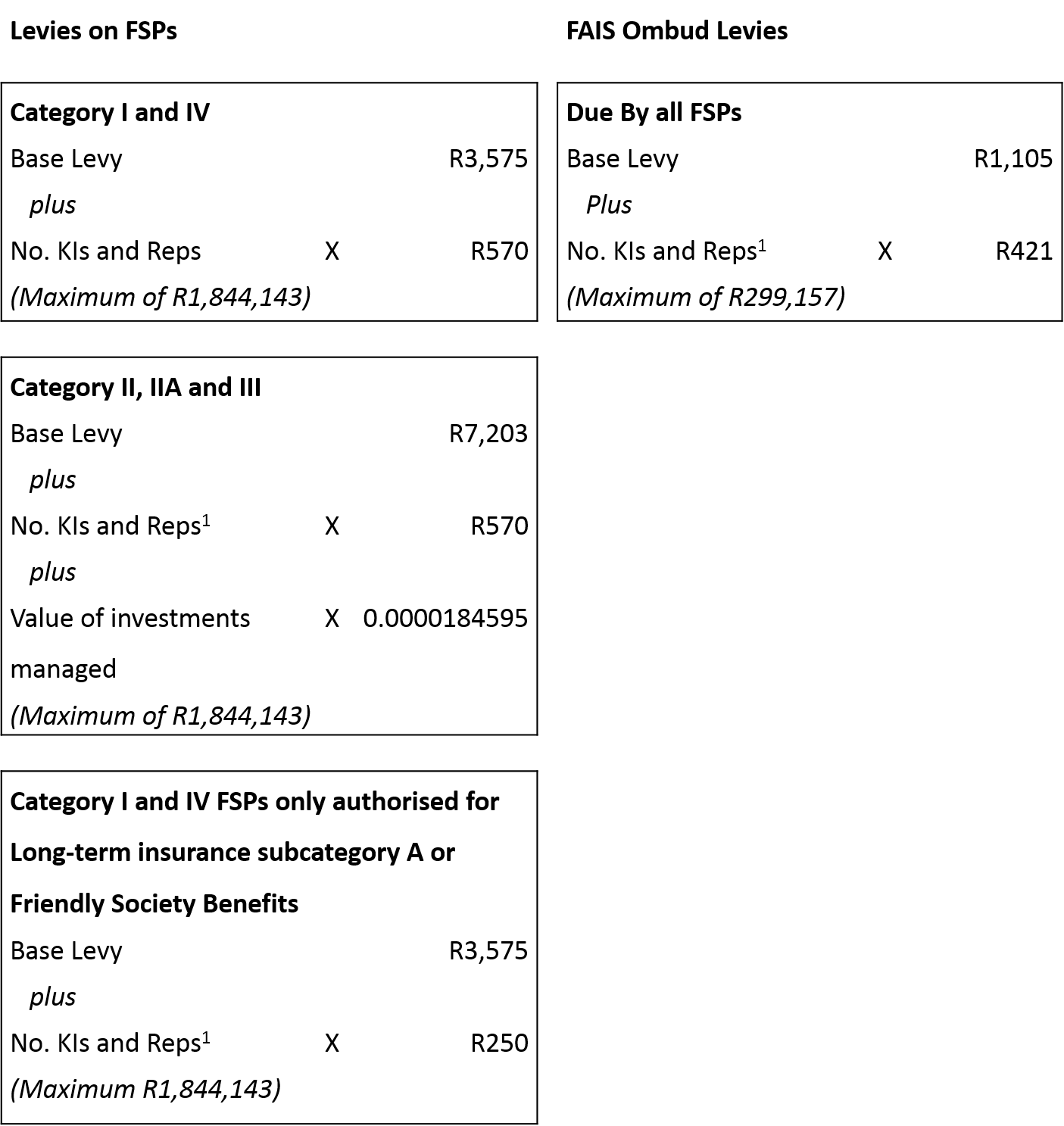 Levies due by FSPs will be calculated based on the information available to the Authority on 31 August 2019. It is, therefore, important for FSPs to ensure that their information is correct and to notify the FSCA or make all necessary changes on the FAIS ePortal before 31 August 2019.

Should the levy not be paid, the licence of the FSP may be withdrawn in terms of section 9 of the FAIS Act. FSPs must, therefore, make provision for the levy which is due by 31 October 2019.

[2] The total value of investments managed on behalf of clients in terms of the authorisation as an FSP on 30 June 2019.  The investments under management held in foreign currency must be included at the exchange rate published in the Press at that date.