Regulation 31 deals with Fees Payable and Regulation 32 deals with Penalties. We have set out all the proposed changes in Table 1. 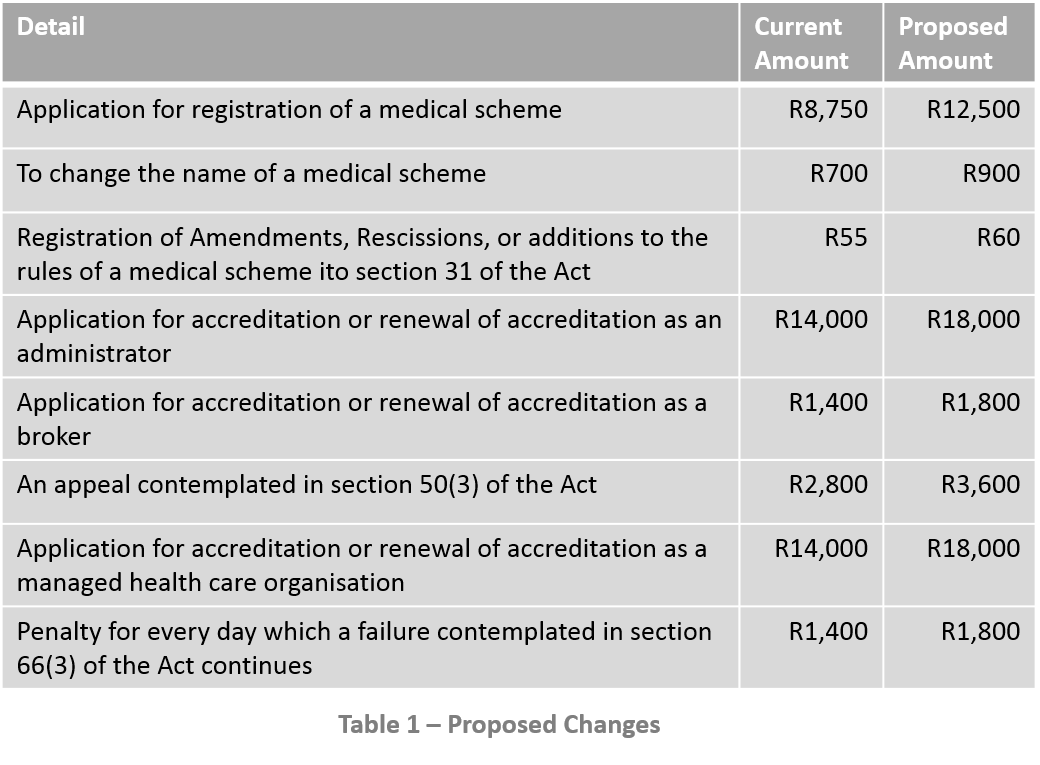 The current fee for accreditation or the renewal of accreditation as a broker is R1,400 and it has been proposed that this be increased to R1,800, an increase of + 28%.

Interested parties are invited to make written submissions on the proposed amendments to the Director-General: Health via email at MushwM@health.gov.za or via post at Private Bag X828, Pretoria, 0001 by 28 June 2019. Masthead will submit input on these proposed changes to the Director-General and we invite you to provide us with your views by sending an email to compliance@masthead.co.za.

The last time that there was a fee increase was in September 2016 where the fee increased from R1,000 to R1,400. At that time, the initial proposal was that this fee should increase to R2,000 which would have been a 100% increase. Masthead provided input to the Director-General: Health on the impact that a 100% increase would have on FSPs and eventually the fee was increased by 40% (i.e. R1,000 to R1,400).

Masthead Members can log in to the Connect site to view Masthead’s 2015 submission to the Director-General.